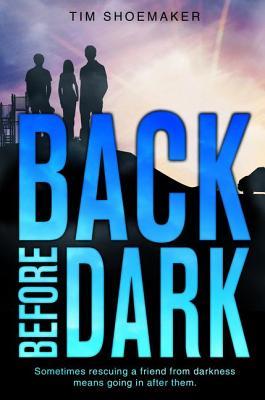 Title: Back Before Dark

Summary: Gordy, Cooper, Hiro and Lunk rode their bikes to Walmart and promised to be back before dark.  They take a break at Kimball Hill Park, and notice that riding bikes to Walmart was not a very good idea and very tiring.  A mini van passes by with a book bag on the roof.  Being boys, Cooper and Gordy make a bet.  If Gordy caught up to the van before it reached the docks, Cooper would have to buy him Chicago style hot dogs at Frank’n Steins. Gordy got on his bike and flew across the sidewalk.  The van stopped at the stop sign and Hiro noticed something strange. The book bag didn’t  move.  Was it taped on?  Was it velcroed on?  Was this a trap?  Instantly terror filled Hiro, he yelled out Gordy’s name telling him to stop.  Cooper and Lunk noticed it too.  They tried warning their friend, but all he did was look back and grin.  When he reached the van he went to get the book bag and it wouldn’t get down. He tried again. A man came out of the van and zapped Gordy with a taser.  He threw Gordy in the van and sped down the road.

Cooper, Hiro and Lunk become desperate. Days pass and Gordy is nowhere to be found. Cooper thinks the worse for his cousin and comes up with an outrageous and reckless plan.  Now the one who was set out to rescue his friend needs to be rescued himself. Sometimes rescuing a friend from darkness means going in after them.

Who will like this book?:  Teens who enjoy crime series or mystery, and also thrill seekers

Where can I find a copy?: Paper copy available at Pequot Library.  Digital copy downloadable from Hoopla through Fairfield Public Library.